Afghanistan is back under the control of the Taliban shortly after the United States withdrew its troops after nearly 20 years in Afghanistan. The success of the Taliban group seizing several provinces in Afghanistan faster than the United States predicted, this then made some residents afraid and made the airport in Kabul filled with hundreds of people who wanted to leave Afghanistan. The news of this occupation has attracted the attention of the international community, there are those who are worried about the continuity of the state in Afghanistan, while those who are euphoric think that this is God's promise for Jihad carried out by the Taliban who are considered fighters. But it becomes interesting whether the struggle carried out by the Taliban in the name of Jihad or is a political strategy to control the Afghan state and form its own government. This is still an abstract analysis, but what is certain is that there is now a humanitarian tragedy for refugees who are waiting for the certainty of their survival to obtain asylum from other countries. 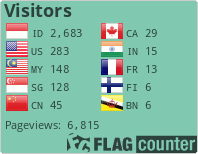 All articles in the Comparativa: Jurnal Perbandingan Mazhab dan Hukum are licensed under a Creative Commons Attribution-NonCommercial 4.0 International License.